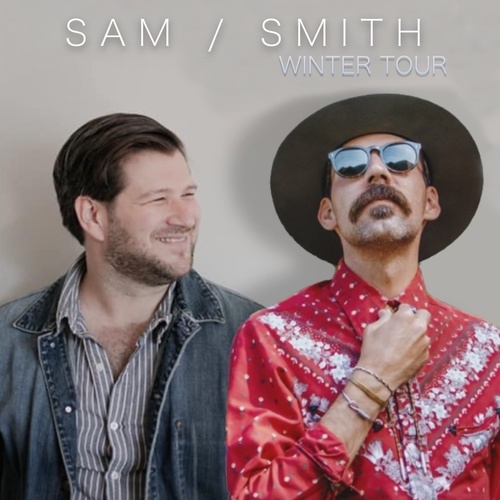 Through his full band vehicle, Time Sawyer, Sam Tayloe is interested in “real people and real songs” and that’s just what the listener finds in his music – a sense of realness. Blending a grassroots feel with heart-felt lyrics, Tayloe pulls the listener in with introspective ballads that land in that rootsy sweet spot where folk, alt-country, and rock gather for a good time.

Sam started a variety livestream in 2020 (Sam on Sunday) that Time Sawyer brought back in 2021 for a second season with full band shows every other episode. The Livestream has reached over 150,000 and had over 100 guests from far and wide featured virtually on the show. The experience was a way for Sam and the band to better stay connected with their peers, make some new friends, keep ties strong with old friends, and help keep the ship afloat. As normalcy begins to return, Sam is ready to get back to doing what is most important to him musically, connecting face to face with listeners.

For Sam, time is a muse for songwriting; it’s the thread that runs through life, bringing new experiences and giving us a sense of urgency, while still connecting us with our past. He has performed either solo or with Time Sawyer on the stages of some of the Southeast’s most iconic festivals, including Merlefest, Floydfest, Bristol Rhythm and Roots Reunion, Rhythm n’ Blooms, Carolina in the Fall and IBMA’s Bluegrass First Class sharing bills with the likes of Langhorne Slim, Phil Cook, Steep Canyon Rangers, The Wood Brothers, Joe Pug, John Moreland, and more.

Born and raised in Atlanta, GA, there is no denying his southern soulful influences. After relocating to Savannah, GA, Isaac picked up song writing. He and his friends quickly formed a band and recorded their first EP in 2014 titled "Magnolia Bloom".

Learning and growing in their writing and live performance, Isaac and the band, composed of Robert Saunders (Drums ) and Ethan Stewart (Guitar), set out to record their first full length album, 'Young Or Old". Released in late October 2017, the new album brings a comforting sound of Americana Rock Pop with undertones of Soul.