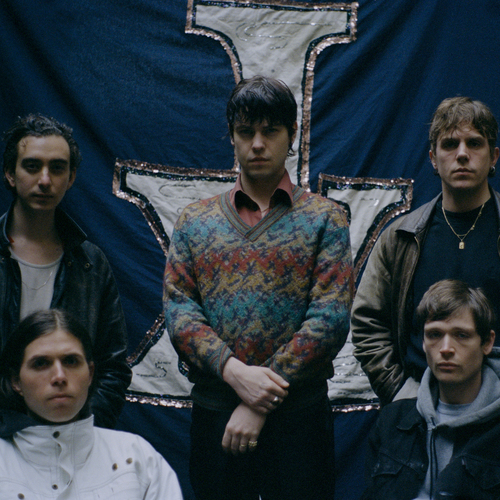 Iceage, from Copenhagen, formed in 2008, led by singer and guitarist Elias Bender Rønnenfelt, guitarist Johan Suurballe Wieth, bassist Jakob Tvilling Pless, and drummer Dan Kjær Nielsen. The quartet had been friends for years before they began making an impression with their music. In 2009, they issued their first self-titled EP, and by 2011 they'd teamed up with Tambourhinoceros Records to issue their debut album, a nervy and hard-hitting set called New Brigade. When the album was issued in the United States in mid-2011, Iceage made their American debut with a performance in Brooklyn, New York. In 2013, the band unveiled their second album, the more sophisticated but still brutal set You're Nothing, and the LP earned them a deal with the successful independent label Matador Records. In 2014, Iceage released album number three, Plowing Into the Field of Love, again through Matador, marking a new creative direction for the group, with horns, keyboards, and acoustic guitars introduced into the arrangements as the songs became more dynamic and eclectic without leaving their darker side behind. They continued that trend on their next full-length, 2018's Beyondless, although they were further influenced by Rønnenfelt's burgeoning side project Marching Church, with whom he had released two albums in between Iceage records. The group's fifth LP, Seek Shelter, arrived in May 2021. It was their first to feature external production the hands of Spacemen 3's Sonic Boom.