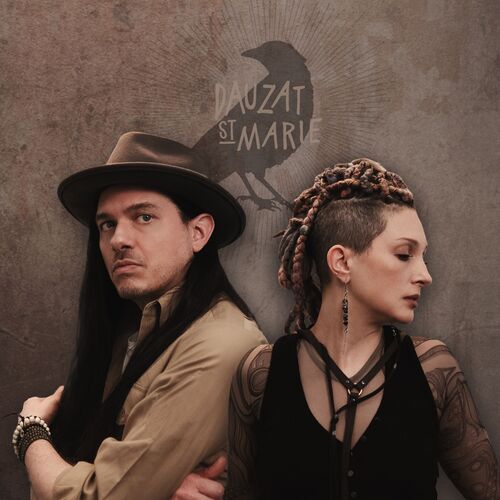 No matter how you pronounce “Dauzat St. Marie” [though “dō-zaht saynt mah-ree" would be accurate], the name has certainly been circulating far and wide these past several years through heavyweight touring with heavyweight artists. These two hardcore singer/songwriter troubadours known for their lockstep vocal harmonies and catchy, yet thought-provoking songwriting have been busy touring all over the U.S. as main support for Grammy® Award winning heartthrob Rick Springfield’s “Stripped Down” solo acoustic show series for the past five years and have peppered in dates with The Marshall Tucker Band, Lindsay Ell, Schuyler Fisk / Sissy Spacek, and Rick Derringer in between. Most recently, the power duo toured the U.S. as main support for legendary music icons Pat Benatar & Neil Giraldo.

In early 2020, Dauzat St. Marie were awarded their biggest tour to date – the main support slot on the summer arena tour with Rick Springfield and one of the world’s best-selling groups of all time – CHICAGO. Sadly, the tour was terminated less than two months before it even began due to Covid-19. Though being handed a tough blow, Dauzat St. Marie didn’t skip a beat – the duo used the forced downtime to begin releasing new music and video via their YouTube channel as soon as the world went into lockdown in March. In less than nine months, the duo had gained over 1.6 million YouTube views, and one of their singles titled “Where Were You?” landed on the 2021 Grammy® Awards ballot in three separate categories – Song Of The Year, Record Of The Year, and Best Pop Duo / Group Performance.