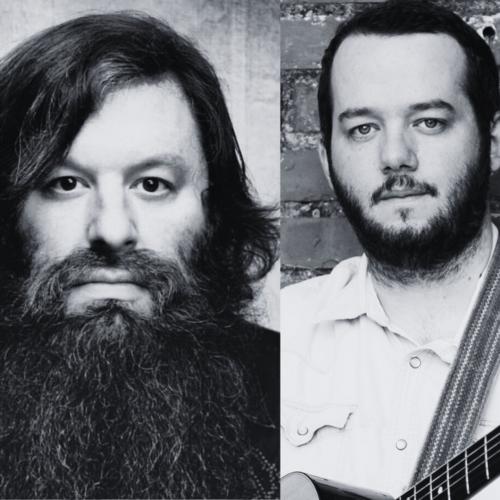 In times of trouble it is often the things closest to you that become the buoys needed to get you through.

They say that when it rains, it pours, and in late 2009 the brewing storm let loose and stayed for years. Along with the Great Recession, which took his job and eventually his home in the Seattle area, there was an excruciating hurt and loss within his once close-knit community, as well as a mysterious illness affecting his wife which saw them in and out of the ER and doctor’s offices long before a diagnosis would come.

Losing a job, a home, a community and supporting a sick spouse when jobs were as scarce could have broken anyone, yet this storm would not conquer Bradford Loomis. His strife was fodder for hard-won songs and his fear fuel to push him toward a full time career in music.

“There is such a thing as good grief.” he muses, “I had walked away from music for ten years when we started a family. The grief we felt, the desperation of those hard times…without it, I doubt that I would have come back to it in any meaningful way or that we would have ever taken the leap to going all in with it.”

His family of five moved into a tiny mother-in-law apartment to save money and his wife, on the mend after finally learning she had celiac disease, started working full time again. He began touring, building a supportive community of fans and recording the songs that became those buoys, leading to new destinations, new friends and a sense of purpose that overshadows the pain it took to get through, let go and sail on.

Bradford threw himself into writing and learning about the music business. Mentors appeared like angels sharing their knowledge and experiences in the music industry. He released his first full length album, Into the Great Unknown before teaming up with another singer/songwriter Beth Whitney to release a pair of award winning records under the name The Banner Days (self titled Banner Days and Hand Me a Hymnal). After his father’s diagnosis of early onset Alzheimer’s, he found further fuel for the fire. With the tales of his family’s struggles burning fresh in his chest, Bradford released his most vulnerable project Bravery and the Bell.

“I learned first hand the power of telling your story,” he says, from his new home in Nashville, “it helped me process everything we were going through. That rising tide of hard times? Picking up my guitar, writing again, that gave me the means to swim through it.”

“We are uniquely wired for narrative. It’s how we pass on our history, impart our wisdom and build connections with each other,” he says, “we see ourselves in the stories of others. We can put ourselves in their shoes and have empathy.”

Drawing from the storytelling of Bruce Springsteen, Iron and Wine and Jason Isbell, and pairing it with the soulful delivery of Chris Stapleton, Marc Broussard and Shawn James, Bradford has created a unique style he calls Rhythm & Roots. Grit and melody marry roots and soul.

Playing 355 shows in two years, while also releasing a Christmas EP (Wintering Heart) and a live album (Live at the Red Clay Foundry), has taken him far and wide in his travels and given him some insights. “I feel strongly the duality of the artist. On one hand, I am compelled to speak about what I see and have experienced. But, I also feel the pull to speak about how things could be.” he says. “In my experience there is so much more that we agree about than what divides us. I think people sometimes just need help seeing hope.”

In his new album Where the Light Ends, Bradford balances that duality with a masterful grace. Lyrically, he speaks of the raw reality of the human condition with passion, sharing tales that are shaped by grief and longing colored by wistfulness and regret, but are lifted by enduring hope, humility and love.

“In my travels, I’ve met a lot of people going through hard times,” he reflects, “I want them to know they’re not alone. We’re in this thing together.”

Though his new project is titled Where the Light Ends, it speaks eloquently of a brighter future.

A singer-songwriter from Jacksonville, FL, Rambler Kane put in his time as a wine store shelver and car salesman before quitting his job to pursue the music that's been pulling at him for years. His music blends elements of folk, country, blues and soul to create a unique Americana sound - inspired by legends and troubadours both past and present.