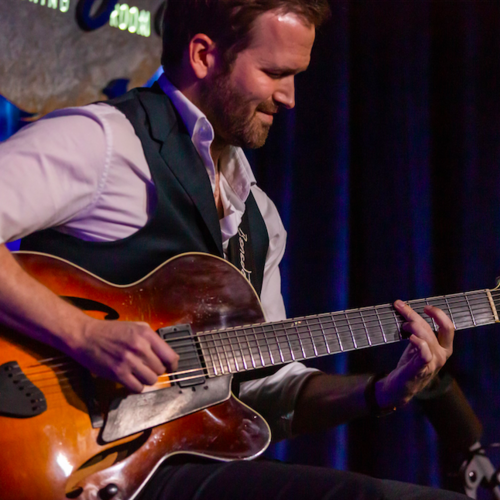 The love affair began early, which may very well explain how Taylor Roberts’ professional career is well into its third decade. Spanning as wide a range of influences as there are genres of music, Taylor Roberts has earned a reputation that is continuously expanding. Although his heart is deeply steeped in Jazz, Roberts does not easily fit into any one box. His influences range from R&B, to Classic Rock, to Pop, and everything in between.

Years of intensive study with world-renowned educators such as Barry Greene, Keith Javors, and Bunky Green have proven to continually pay off as his career expands. His reworkings and adaptations of songs old and new entrance established fans, while attracting new fans on a nightly basis. Roberts has appeared multiple times at the Jacksonville Jazz Festival and has toured internationally with the Christian Tamburr Quintet. He has been hired by the Rolling Stones to play their private events. His position as the primary in-house entertainment at the Ritz-Carlton, Amelia Island since 2014 has allowed him opportunities to travel the world and enjoy residencies at other luxury resorts as he performs for an international audience on a nightly basis.