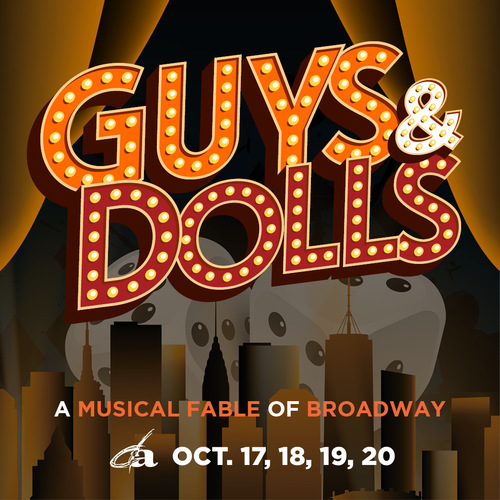 Based on the colorful short stories of Damon Runyon, Guys and Dolls is the classic brassy romantic comedy that the New York Times recently named one of the greatest musicals ever written. With music and lyrics by Frank Loesser, Guys and Dolls tells the story of a con-man, Nathan Detroit, who makes a bet whether Sky Masterson, a gambler, can score a date with the uptight missionary Sarah Brown in order to get the money he needs to hide his famous crap game from the police. Since it's premiere in 1950, Guys and Dolls has been revived six times on Broadway and countless times regionally but will be presented for the first time on the Dubow stage this fall.