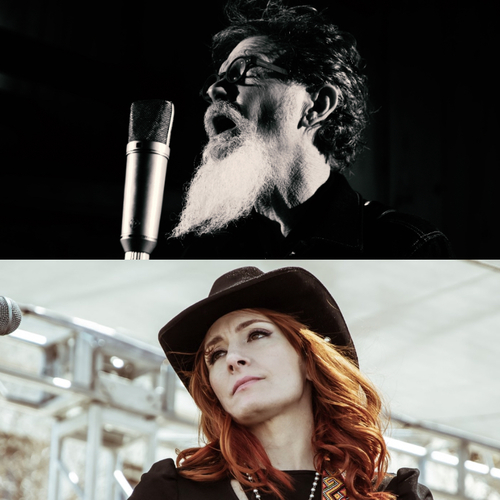 In August 2020 writer, guitarist and vocalist Walter Parks was invited

arrangements of music made by southeast Georgia’s Okefinokee Swamp

homesteaders – hollers, hymns and reels. For 10 years Parks, a Florida

native, served as the sideman guitarist to Woodstock Festival legend

Richie Havens. Now based out of St. Louis, Walter has recently

released with his Americana spirituals project called The Unlawful

Edan Archer's swampy sensibilities come through loud and clear in the

grooves of Journey Proud, her voice is sultry as sweet tea and

crackles like the ever-present heat lightning of her Everglades

upbringing. All moonshine and honey, she gets gritty with dulcimer

magic and casts spells with intimate ballads and fingerpicking,

alternate tunings, and rich effects. As she pulls from her varied

that's familiar yet fresh, music that reflects the listener's life

experiences back to them.

There are swampy songs, honky-tonk tunes, alt-country cruisers, and a

samba-tinged nod or two to her Cuban heritage on Journey Proud, woven

together with her direct lyrical challenges to society's idea of

gender roles and femininity, her throwback vocal vibrato, and fiery

addiction, death, and even a bank robbery (a true story)--the subjects

may be tough, but it's a beautiful listen.

Music Week and more. She plays both solo and with her band.