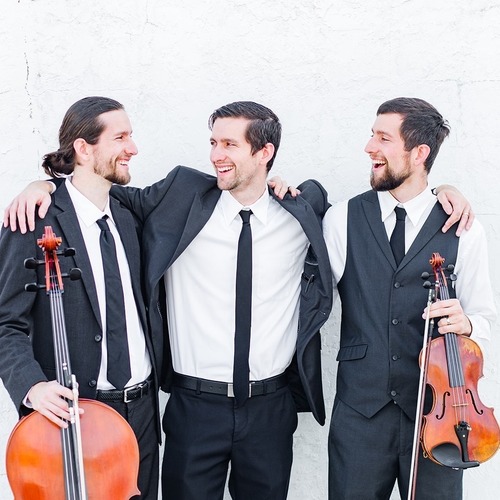 “It is hard to imagine a more perfect union than the one formed onstage between... the remarkable musicianship and humble idealism of West Palm Beach’s Lubben Brothers”

The Lubben Brothers is an acoustic group made up of triplet brothers, Michael, Tom, and Joshua. Their younger brother, Isaac (16), joins them from the suburbs of Chicago whenever possible. The brothers specialize in tight vocal harmonies, as well as a unique blend of folk instruments including banjo, mandolin, tin whistle, accordion, hammered dulcimer, and fiddle. Classically trained at a young age, their modern songwriting style incorporates folk roots with complex pop ideas.

The Lubben Brothers have performed at venues such as the Meyer Amphitheater, The South Florida Fair, the Flagler Museum, The Kravis Center, and the Norton Museum of Art. As the on-stage band, the brothers performed in Dramawork’s award-winning production of “Woody Guthrie’s American Song” in the summer of 2018. They have also performed as actor/musicians in the world premiere of their original musical, “The Luck of Roaring Camp,” which was produced by Palm Beach Atlantic University in October 2018. Music from their two albums has aired on radio stations in Iowa, Minnesota, and Florida, including exclusive interviews on NPR's “Folk and Acoustic Music” (WLRN 91.3, Miami), Fogartyville (WSLR 96.5, Sarasota), WPTV, and more. In April 2020, the brothers’ video of their original song “Dance for Love” was selected by Chris Thile as an encore to NPR’s “Live from Here” broadcast, and aired on the network’s YouTube and social media pages. Their group has also been featured in the Sun Sentinel, the Orlando Sentinel, the Palm Beach Post, Palm Beach Daily News, North Palm Beach Life, Boca Magazine, Palm Beach Illustrated, and the St. Augustine Record. They are now in the process of releasing original singles (“Smile Again,” “Lifeboat,” “Hullabaloo” Summer/Fall 2019, “We Wish You a Merry Christmas” December 2019), and most recently “Chasing You” and “The Progress Express” (Spring 2020). Their newest full-length album - “Live from the Norton,” recorded from their live performance at The Norton Museum of Art - will stream on all digital platforms July 31, 2020.