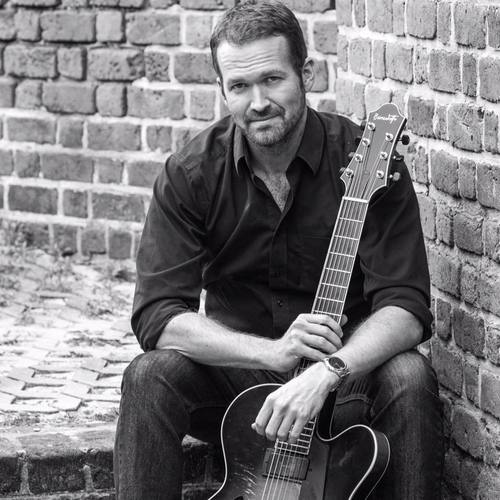 Since the age of four, music has been the most important thing in Taylor Roberts' life, for it was then that he met and fell in love with a piano. The mysterious instrument produced the most amazing sounds with the simple press of a key. Though he had been on the planet for a mere four years, his young heart knew that he simply had to master this instrument, and so it was quickly arranged for him to study privately with a teacher at home. Nine years of lessons and joyfully picking out songs from records to play on the piano went by, and at the age of thirteen Taylor got his first guitar. Though he would always admire the piano, and would remember fondly the many hours they spent together, it was clear to him that he had finally found the instrument of his dreams. He made the firm decision to make the guitar his primary focus.

Born and raised in Gainesville, Florida, Taylor found himself in an ideal location for his budding musical career. The supportive local music scene (and his parents) allowed him to play in various bands throughout high school, with sounds ranging from punk and ska to rock and blues. For Taylor, as for so many of us, music was an oasis throughout the tumultuous teenage years. At the age of sixteen, however, he was swept up to entirely new musical heights, rich with emotion and storytelling and...explosions! Yes, he had discovered Jazz. Charlie Parker, John Coltrane, Wes Montgomery...An entirely new world had opened up!

After surviving high school, Taylor took his diploma and his newly refined focus, and began pursuing a Bachelor of Music Degree in Jazz Studies at the University of North Florida in Jacksonville. Being able to study with the internationally-renowned faculty and honing his craft was a dream come true. Today, Taylor has made music performance and teaching his full-time job, and has become very well-respected among his peers. Multiple performances at the Jacksonville Jazz Festival and the Gainesville Jazz Festival, active membership in the Ritz Jazz Orchestra, and thousands of gigs at clubs, restaurants and private events throughout the Southeast have helped to build his reputation, professionally and musically.

In 2008, he released a solo guitar album entitled "Short Story," currently available on iTunes. The praise and recognition he received for the recording has helped to make him a "first call" in Jacksonville and the surrounding areas for solo guitar work. Additionally, he was afforded the opportunity in 2009 to travel to Japan, Russia, and the Dutch Harbor performing with the Christian Tamburr Quintet. Other household names he's performed with include Bucky Pizzarelli, Linda Cole, Gary Foster, Kevin Bales, Tim Hagans, Jon Weber, Toscha Comeaux, and Rene Marie. He currently resides with his family in Jacksonville, Florida, performing and teaching regularly.