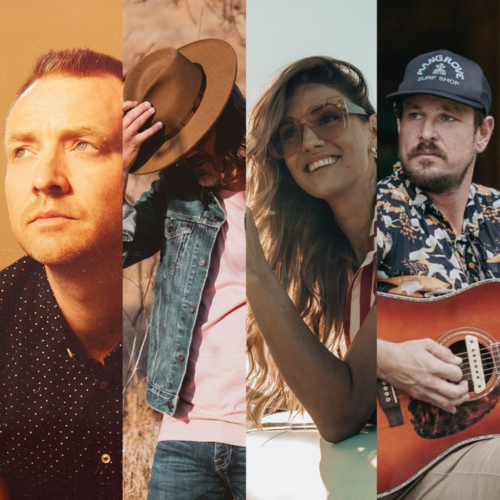 Jeremiah Jones is a storyteller, known for delivering soul-baring performances armed only with an acoustic guitar and a gritty tenor. Audiences gravitate to his disarming and self-deprecating sense of humor while his songs invite the listener to better understand their own story. His genre-blending songs encompass themes of love, loss and faith. The sound: a Georgia O'Keeffe desert landscape meets a well-aged Kentucky bourbon leaving you with the feeling of an unexpected call from an old friend. The new record, ARIZONA, is a telling of the last few years of travel, it's about leaving and coming home, finding hope in the unexpected.

My music is a lot like me, eclectic. I was raised on Garth & Luda and love everything in between. I create, unrestrained by genre or expectation. My sound tends to blend folk and pop, adding a lil country root's twang and patina from the soulful pursuit of music's divine high. I don't know where I belong in genre-land, and quite frankly couldn't give two shits. Each song hits a moment in time. A vibe I feel. A timestamp of where I'm at, and I'm settling more and more into that. There's a surrendering process that has happened for me over the years especially when, release after release, I realize I don't cleanly fall into a genre. My only goal is to truthfully bring forth the songs playing in my head with hopes they find the ears they were meant for. Here's to the ride, wherever it may lead.

"Robbie Dammit's songs can be introspective and hopeful, with lyrics that transport you on a trip to his past, by way of his heart." -- VisitSaintAugustine.com