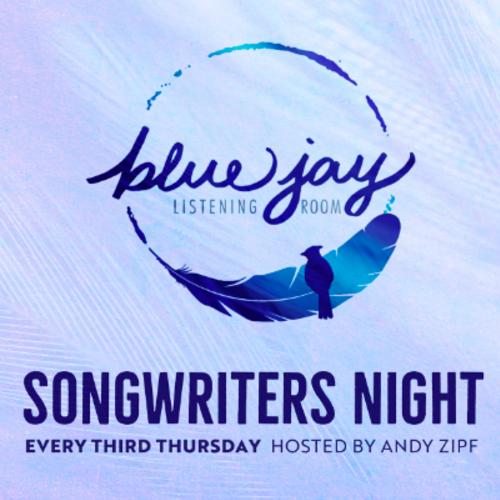 Andy Zipf is a singer songwriter, director of music, artist in residence and producer living in Jacksonville, FL. His grass roots network of listeners has been built upon years of touring the U.S., predominantly focused on the east coast. Zipf’s music has been featured on ABC, MTV, VHI and other TV/film outlets. He has been reviewed in PASTE, American Songwriter, The Washington Post, Popdose, Atwood Magazine, among other publications. Since 2003, Zipf has released nine albums and scored two documentaries. He will release his tenth record, “How to Make A Paper Airplane”, March 11, 2022 on all digital platforms. Produced by Matt Williams, it features Jay Bellerose (Robert Plant, Alison Krauss), Jennifer Condos (Ray LaMontagne, Joe Henry), Dennis Crouch (Emmylou Harris, John Fogerty) and Tyler Chester (Madison Cunningham, Andrew Bird).

Ricky Kendall has been a staple of the Gainesville music scene since 2001. His songs range in style from soulful love ballads to punchy alt-country musings on humanity's numerous existential crises. All of these songs are meant to bring a feeling of understanding and togetherness into any room he plays.

Having toured the US non-stop since 2006, honing his signature heavy roots music sound with a handful of different live line ups. These days you will find Lauris Vidal touring as a true one man band thrashing & howling wildly behind a junk heap of salvaged percussion where his feet beat a kick drum, snare drum, floor tom, hi hats and tambourine, his hands pluck home made guitars, tenor banjo, ukulele and lap steels all while his signature “Tom Waits giving a hug to Paul Simon” vocal styling dances, pounces and howls over what has been called a tightly woven sonic fabric of heavy southern soul music.