Songwriters in the Round with Patrick Hagerman, Kyle Keller & Joshua Reilly at Blue Jay Listening Room

Songwriters in the Round with Patrick Hagerman, Kyle Keller & Joshua Reilly at Blue Jay Listening Room 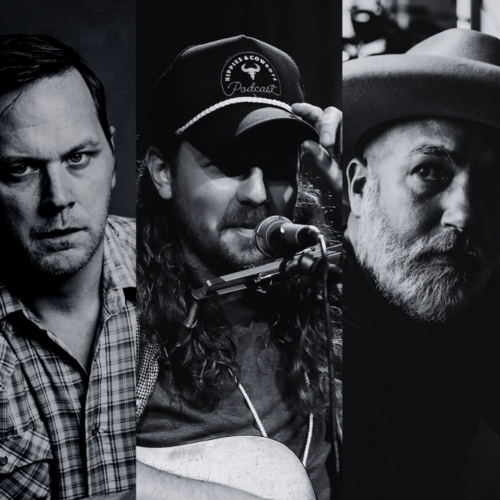 Known for his down to earth persona and his gravelly baritone, singer-songwriter Patrick Hagerman is a journeyman of Florida’s Americana scene. He is a dynamic entertainer covering many genres with a flat-picking guitar style you won’t find anywhere else. From his roots in the Midwest to his current home in Sanford, Florida, Hagerman has crafted songs for over 20 years that have resonated with real people all over the world.

Kyle Keller is that kind of folk artist that is actually worthy of the name. He is a communicator, a story teller, and a prophet of sorts. He approaches songs in the same way as every good folk and blues singer of old, with a message. I have had the joy of following Kyle over the last few years, and I have seen him blossom into one of the finest young lyricists that I know. I travel to songwriter events all over this country, and to find a poet of his caliber is rare... not to mention a poet of his age. Kyle has a voice that reminds me of the great Townes Van Zandt. Not in its tone, but in the way that it fits his material. Kyle has developed a style around his voice. That is not easy to do. His writing is reminiscent of John Moreland’s, but with the heart of Dylan. It is emotional, and confrontational. It speaks to today. It is current. It is important. He is like a modern Guthrie, and it would behoove you to acquaint yourself with his art. ​-Abe Partridge

"Every now and then, a song, a voice, a lyric, splits your soul right in two and then proceeds to feed both sides. Raw yet refined, mournful yet optimistic, heartbroken yet inspiring... such is the dichotomy, the paradox, and the musical delivery of Joshua Reilly. Born, raised, and marinated on the cornfield-lined country roads of central Illinois, and then cultivated, ripened, and baked on the beaches and concrete swamps of Florida, Reilly understands hard times, he knows redemption, and this unfiltered honesty pours out through his music. It's a slice of life served clever and real.

Reilly has performed around the country, including a national tour in support of his 2017 album Mercy on the Strange. He has opened for acts such as Billy Joe Shaver, Robbie Fulks, and Slaid Cleaves. And while deepening his roots as a family man in Florida, Reilly has become one of the most respected and beloved musical acts in the Tampa Bay area. Maybe it's just Joshua and his guitar, or perhaps he is playing with any number of friends he refers to as “Corn-Fed Locals”... either way, his real, genuine, heartfelt energy is admired by young and old."