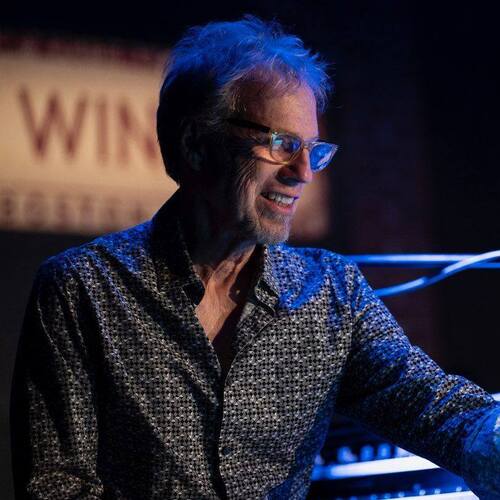 Randall is a perfect example of the exceptional quality of musicians born and raised in the South. Born in Jesup, Georgia and living in Athens, Georgia, he’s been on big stages since the 1970’s and still going strong. He landed on the speed dial of some of the greatest names in rock history, including Steve Winwood/Traffic (16 years), Levon Helm, Warren Haynes, Delbert McClinton. He’s certainly still well sought after – recently he’s been found playing with Steve Winwood at The Fox Theater, Atlanta, Widespread Panic at Lockn’ , The Allman Brothers at the Beacon Theater, on a CD and tour with Bonnie Raitt, and the Warren Haynes Xmas Jam.

Things hit high gear with the release of “The Bright Spots” on New West Records in 2013, charting well on Americana, Roots Rock and Triple A charts. Many critics wrote this is the best album of his career, and one of the top CD’s of 2013 including Sirius/XM’s The Loft, AllMusic.com, HITS Daily Double, The Americana Music Association, Cool Music & Movies, Wildman Steve Radio show, Australia’s Rhythm’s Magazine, WFPK and Al Kooper.

No matter how many legends he has been involved with his music evolves, keeping a modern and cutting edge sound. Looking forward to his newest CD, "Devil Music" out in September '15 on New West. Bramblett’s already shining star continues to rise.

“Randall is in my opinion the most gifted & talented southern singer-songwriter musicians of the past several decades.” —Chuck Leavell (Rolling Stones, Allman Brothers)

“Randall is the most talented and prolific songwriter I have the privilege of knowing.” —Bill Berry (R.E.M.)

"...arguably one of the best songwriters working today, in part because he's so hard to pin down.” - Paste Magazine