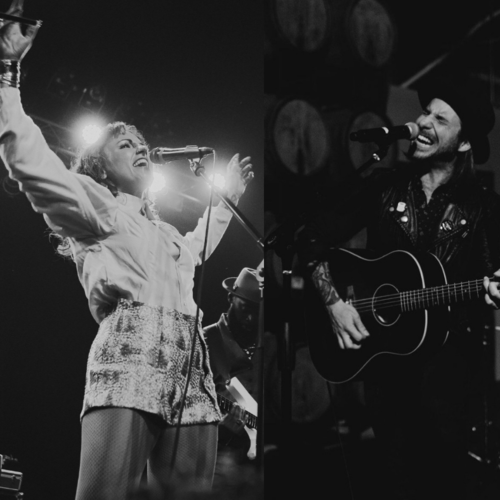 South African born and Nashville based “tiny giant” Laura Reed is poised to make global impact with her unique brand of genre bending melodic penmanship and performances. A mix of soulful rock'n'roll and neo traditional blues, she has been honing her skills over the

years working with a wide spectrum of producers, musicians, and writers.

She recently teamed up with Widespread Panic’s Dave Schools (bass/production) and Grammy Award winning Vance Powell, known for his work with Jack White, Chris Stapleton, and countless other iconic acts. She released the first single from the new project, “Milk & Honey” in November 2019 and is garnering attention as a “not to miss” live show with her powerful vocals, harmonica prowess, and timeless songwriting.

“I don’t really have words to express how much I love Laura's music. It's real, it's authentic, it's what the world needs.” Paul Worley (Lady Antebellum, Dixie Chicks)

"People will walk away from (her) performance saying, WOW." Gary Kraen, L100 WTLD

"Reed oozes charisma and confidence, her voice nothing less than an instrument of seduction." Blurt

Writing, playing and touring, since his first release "Movement", featuring breakout songs "Runaways" and "MyHeart Wasn't Ready", Kristopher has steadily solidified himself as a staple in the Florida music scene.With his second release, 2016's Find Me EP, recorded at Burnt Orange Recordings in Bradenton, FL. , Kristopher not only expanded his music, from atmospheric soulful folk, to something with an Americana bite, but also branched out as an independent national touring artist.From there, playing a consistent array of sold out shows at the iconic Eddie's Attic, to supporting Baton Rouge soul crooner, Marc Broussard, Kristopher has bloomed into a Americana Soulful force to be encountered.

"There’s a certain intoxicating majesty in his style and performance that marks the blooming song craft of one of today’s most ambitious." -B-Sides & Badlands

“Smooth and soulful ... moves seductively between Americana and a nice Retro Soul vibe. The edges of James’ voice pull at the emotional reluctance of falling in love and the melody brings the nuances out into a nice calm ride that is perfect for reflective thought.” -LA on Lock

“Kristopher James can SANG. That’s not a typo.” –Ear to the Ground.