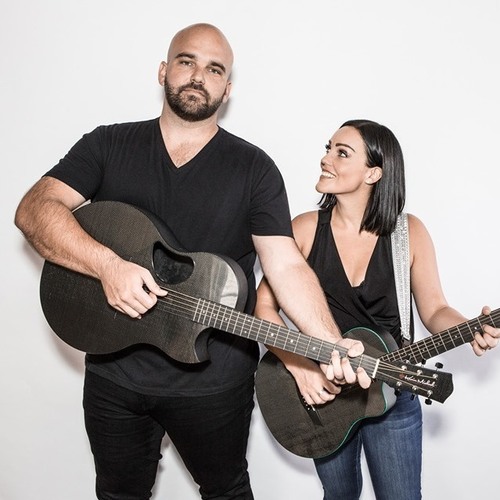 Johnny Bulford, the name behind a man that has gained notoriety in and around Music City over the last 10+ years. Bulford, a native Floridian who grew up in a family surrounded by rich music history and influence, was able to naturally hone his craft from a young age. One of the first signs he was going to turn his love of music into a career happened after Bulford attended a Garth Brooks concert at the tender age of 12 and told his mom, “That is what I want to do with my life”. Putting that statement into action, Bulford performed all throughout high school and college, opening for the likes of artists Blake Shelton and Gretchen Wilson; garnering a win at Colgate Country Showdown, a national singing competition, which landed him a publishing contract at Warner Chappell Music soon after. After many years and countless songs penned under the Warner label, in 2018 Johnny branched out on his own as an independent songwriter. Since 2011 Bulford has earned multiple achievements; obtained his first album cut “Flashlight”, co-written with Chris Young, that landed on the RCA recording artist’s 2011 album “Neon”, secured his first #1 hit with Lee Brice’s “A Woman Like You” (2011), “Lonely Eyes” a single cut by Young topped the charts at #2 (2014), invited to play “Lonely Eyes” on the famed Ryman Stage with Young during the 5th Annual YPO Southern 7 “Evening At The Ryman” (2015), “What If I Stayed” another album cut by Young (2015), garnered title track on Young’s “It Must Be Christmas” (2016) and wrote “Holiday” which Young co-wrote and cut on his 2017 “Losing Sleep” album. Bulford’s passion of writing has taken him beyond the confines of Music Row, as he spearheads projects to bring the Nashville “Listening Room” experience to his beloved upbringings and stomping grounds of Central Florida and beyond.

Harlan Howard Records’ artist Heidi Raye is gearing up to release her sophomore EP “Blame It On The Radio” this fall. Her debut EP, Worth A Shot, was produced by GRAMMY award-winning producer Chuck Ainlay, and the title track and debut single reached the Top 45 on the Music Row charts. The country riser’s hit track, “Sweat,” has garnered over 150,000 streams on Spotify and is currently spinning on Spotify’s Wild Country playlist. Heidi’s latest release, “Lay Me On Down,” paints a fun and flirty picture of the quirky art of falling in love. The songstress has shared the stage with country legends Kenny Chesney, Randy Travis, Jason Aldean, Reba McEntire and Terri Clark, and she is currently touring across the US, Canada and Australia.