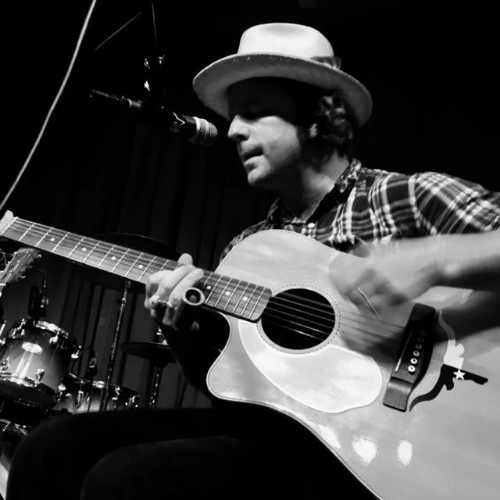 Join us for a solo show with Jason Bible.

Jason Bible was in born in Ft. Worth, Texas and has been a songwriter for over 20 years. As a solo artist, he has released 7 collections of songs since he began recording professionally in 1994. Jason’s influences are Woody Guthrie, Hank Williams, Ramblin’ Jack Elliot, Townes Van Sandt, Johnny Cash, and many more. He first played the guitar and harmonica at a talent show in Texas, where he performed Bob Dylan’s ” The Times They are a-changing”. This show was to mark the beginning of a steady career. Jason plays piano, lap steel, bass, organ, omni chord, Bouzouki, acoustic and electric guitars. He studied Sound engineering at The Dallas Sound Lab and has worked on both sides of the business. Through this he has gained a defined and well rounded foundation in music. Through producing, recording, composing film music, and playing live for years he has gained the experience needed to build a career in today’s music business. Jason Bible is going to press a solo acoustic guitar and harmonica album this fall as he continues down the path of one of the best songwriters American Music has to offer.