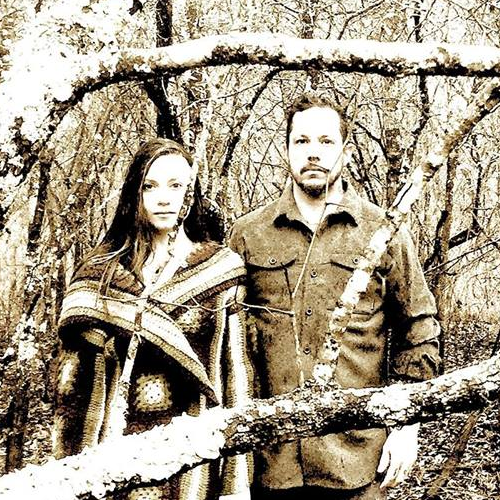 Opposite south sides converge in this unlikely crew created by South GA raised, Blake English, and Los Angeles native, Tori Lund. The two met in 2014 singing and playing in a LA church and bonded over a shared a love of country music. They began writing with intentions to shop songs to other artists, but after a couple years putting together a catalog, they decided to wrangle up some local musicians and form Few Miles South.

Tori is a classically trained singer and misplaced old fashioned country girl. She grew up playing her family’s piano and quickly picked up the guitar. Her love of singing led her to complete a Masters of Music degree, but after graduating she realized her heart wasn’t in opera. Resigning to teach piano and voice, she sidelined her dream of performing, until she met Blake who encouraged her to write. As an avid reader, songwriting came instinctively and she now pens the majority of FMS’ lyrics while budding catchy melodies with Blake.

Blake comes from a family of guitar players and songwriters and was raised on rock, country and rhythm & blues. As a multi-instrumentalist with a keen ear he moved to LA in 2000 and signed his first publishing deal. He has since worked in his studio as a writer, producer and engineer all over the genre board. Some of his credits include Toni Braxton, George Benson and a Grammy nominated album by Brandy. Burnt out by the publishing rat race and looking for a change, he was eager to return home to his country roots and play live music.

Few Miles South is “making their way the only way they know how” with a slew of self-written, recorded and produced songs offering both old school nostalgia and a refreshing detour from today’s predictable pop country. Mike Braddford with Nashville’s NBRN.FM rated FMS with “two thumbs up” noting a “touch of the Bakersfield sound”. Blues and southern rock influences can be heard throughout their songs as well as nods to icons like Hank Williams and The Allman Brothers. Though new to the country scene, Tori’s buttery vocals and Blake’s virtuosic chicken pickin' guitar solos have been warmly received by fans as “getting back to the good sounds.”

2017 was a year of hard work but encouraging success for FMS. They played their first festival (Topanga Days), organized their first mini tour, and released their first single and music video “On Down the Road,” which stayed on the Independent UK Hot Disc Charts for over 10 weeks and was awarded the “Best International Music Video.” Ready to bet it all and tired of city living, Blake and Tori quit their day jobs in August 2017, packed up their dog, Jojo, and moved south to be nearer the country scene.

In February 2018, FMS released a 5-song debut EP, Might Could, which features their friend and renowned pedal steel guitarist Bob “Boo” Bernstein (Tanya Tucker, Emmylou Harris, Dwight Yoakum). FMS is gearing up for a tour around the U.S. this spring and has plans to put out a full length album in the summer.