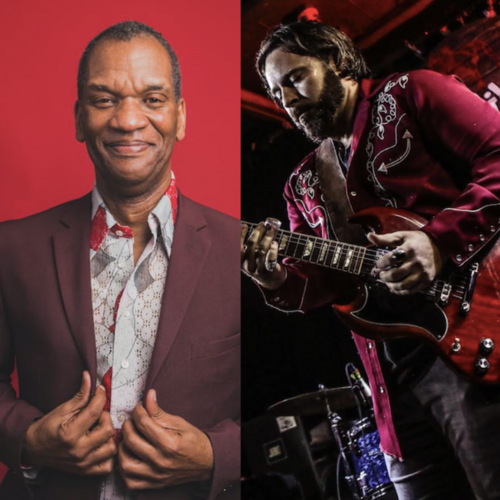 EUGENE SNOWDEN is a 25 plus years music veteran and powerhouse soul singer, well known for leading the soul/funk band "The Legendary JC's" and is a staple in the live music scene in the Southeast. Eugene has received countless accolades including multiple wins as "Best Soul Act" by Orlando Weekly. Eugene has also had the honor of sharing the stage with the likes of James Brown, BB King, Al Green and Sharon Jones just to name a few. In 2017 Eugene was named one of "fourteen people who make Orlando, Florida a better place." When in town you can catch Eugene host an award-winning residency "Ten Pints of Truth" at Lil Indies, where on any given Wednesday Eugene is playing to a packed audience of devoted fans.

Raised in North Florida, where gospel and soul music lay as thick as the hot, humid air, KEVIN MAINES brings a youthful vibrancy to the classic southern R&B/Soul legacy. Kevin’s sophmore album, Raiders On The Southern Wild, received praise for its creative writing, playing, and production, as well as the strong musical maturity rarely seen. From deep and dirty Duane Allman-esque slide guitar rockers to sweet gospel-inspired falsetto singing, Kevin Maines doesn’t just play in the southern soul traditions, he consumes and then gives them back bursting with his own unique twist. From gritty to ethereal, this music speaks for itself.