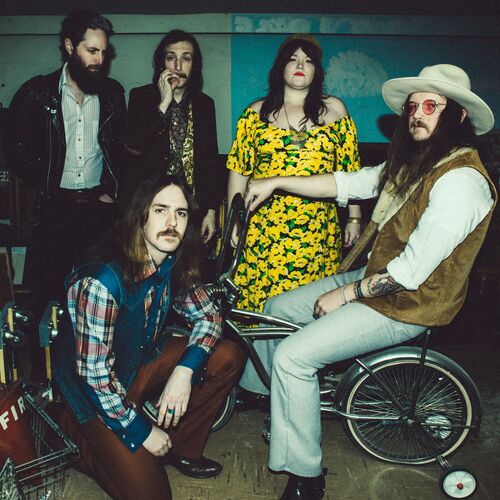 Originally from Birmingham, AL, Banditos is a group - more like a gang, actually - of six 20-somethings, nowadays operating out of Nashville, close to, and simultaneously very far away from, the gleaming towers and industry hustle of Lower Broad and Music Row. The group has been praised by NPR “With three vocalists, a wicked guitarist who also plays pedal steel, a banjo, an upright bass and a hot-footed drummer guarantee that every song they play is stuffed with crazy rhythms and melodic energy.” Rolling Stone states, “Equal parts alt-country twang and garage rock bang...recalling everything from ZZ Top's greasy boogie to the Alabama Shakes' coed soul” Banditos has joined the Egghunt Records family of artists to release their third full-length LP, Right On, due on May 20th.