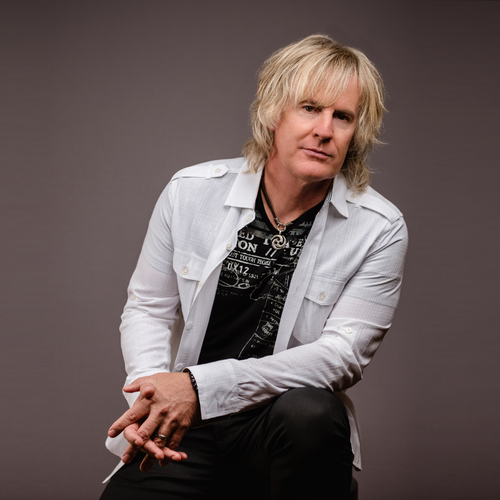 Former lead vocalist of world-renowned Rock & Roll Hall of Fame band Chicago and former bassist for Hall of Famer Don Felder (The Eagles), Jeff Coffey has undoubtedly performed with the best, earning respect in the industry for his unparalleled talents. Though it is his own accolades as an independent solo artist that sets him apart as a true creator.

A lifelong musician, singer and songwriter, Jeff Coffey’s career has been shaped by the great company he’s shared the stage with. After his first taste of live performance at a Super Bowl halftime show during college, Jeff has performed alongside Hootie and the Blowfish, Edwin McCain, Vertical Horizon, Sixpence None the Richer, Earth Wind and Fire, The Doobie Brothers, Brian Howe of Bad Company and many more.

The multi-instrumentalist has also found success with solo projects, including his album Long Way Home securing two singles in the Top 20 of the charts and winning Song of the Year and Male Solo Act of the Year from Songwriters Showcase of America. From back-to-back sold out shows to placement on several national television networks, including NBC, MTV, FOX, E! Network, HGTV, Travel Channel, A&E and Bravo, among others - Jeff Coffey ‘s illustrious career is nothing short of astounding.

Jeff’s latest album, THIS TIME AROUND was released May 28th 2021 and has been well received by fans and the music industry as Coffey’s vocals and songwriting abilities really shine through.