All Them Witches with special guest The Messenger Birds

All Them Witches with special guest The Messenger Birds 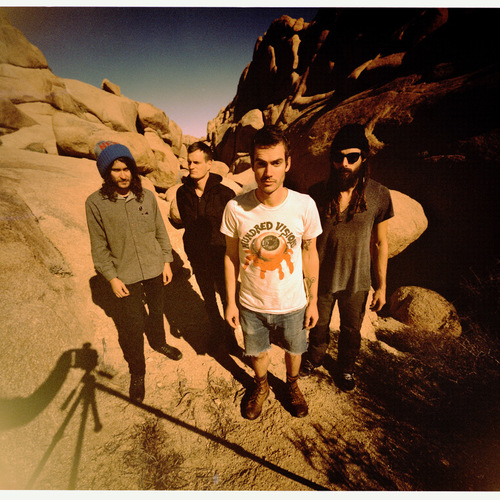 All Them Witches at Intuition Ale Works with special guest The Messenger Birds!

From the brimming light of the lead guitar on opener “Saturnine & Iron Jaw” to the mellow grunge unfolding in the finale “Rats in Ruin,” ​Nothing as the Ideal is a signature All Them Witches release, which of course means it sounds like nothing they’ve ever done before.

The Nashville trio thrive on contrast. Now six records deep into a tenure that began in 2012, they are unremittingly forward-looking, and while signature elements can be found throughout Nothing as the Ideal – from guitarist Ben McLeod’s prog-tinged explorations to the slacker-soul vocals of bassist Charles Michael Parks, Jr., to the restless energy and rhythmic nuance in Robby Staebler’s drum patterns – it is also their most experimental work to-date.

But contrast is the key: Tape loops coincide with unplugged minimalism. They recorded it in a strange place with a familiar producer. It’s their heaviest album marked by their broadest atmospheres, intimate and pummeling. It is unquestionably theirs even as it will no doubt engender ownership in anyone who hears it.

Nothing as the Ideal might forever be known as “the album All Them Witches made at Abbey Road.” Fair enough. You don’t record in a legendary studio surrounded by mics The Beatles used, sitting on the bench where John Lennon tracked the acoustic guitar for “A Day in the Life” without acknowledging that history. There’s no getting away from it.

Where ​Nothing as the Ideal triumphs, however, is in making that space and that history the band’s own. Working with Mikey Allred, who previously produced 2015’s New West label debut, Dying Surfer Meets His Maker​, and has done other mixing and mastering along the way, All Them Witches not only did justice to the moment they were capturing – the sheer adventure of being there, doing that thing – but answered the call of their inspiration as they always do.

It wasn’t supposed to be that way. The idea was to take time, do it themselves. But after spending the early part of 2019 constructing a studio in a church outside Nashville where Staebler was living and writing, writing, writing, the band came up against the deadline of a 35-date European arena tour with Ghost and had the single “1×1” to show for it. They put that song out, did a video, and after the tour, redirected their purposes. With the momentum of playing every night behind them, ​Nothing as the Ideal​ at last began to take shape.

Abbey Road might not have been the plan, but with the harder deadline of recording dates locked in, All Them Witches were able to focus more clearly. It wasn’t about applying pressure, but about doing what best served the songs. With Allred as the trusted party at the helm, they succeeded in crafting a defining moment for who they are as a band, with each player’s personality coming together to create a fluidity that is unique unto them.

Whatever they’ve done in the past, whatever they’ll do next, ​Nothing as the Ideal epitomizes the literal and figurative journey All Them Witches have made, and it is to be treasured all the more for that.