A Writers' Round with Kyle Keller, Quincy Flint and Kris Lane at Blue Jay Listening Room

A Writers' Round with Kyle Keller, Quincy Flint and Kris Lane at Blue Jay Listening Room 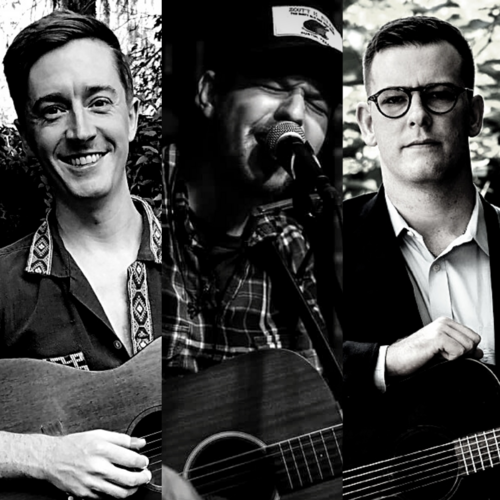 Kyle Keller is that kind of folk artist that is actually worthy of the name. He is a communicator, a story teller, and a prophet of sorts. He approaches songs in the same way as every good folk and blues singer of old, with a message. I have had the joy of following Kyle over the last few years, and I have seen him blossom in to one of the finest young lyricists that I know. I travel to songwriter events all over this country, and to find a poet of his caliber is rare...not to metion a poet of his age. Kyle has a voice that reminds me of the great Townes Van Zandt...not in its tone, but in the way that it fits his material. Kyle has developed a style around his voice. That is not easy to do. His writing is reminiscent of John Moreland's but with the heart of Dylan. It is emotional and confrontational. It speaks to today. It is current. It is important. He is like a modern Guthrie, and it would behoove you to acquaint yourself with his art.

Gainesville based independent musician Quincy Allen Flint brings a spellbinding intimacy to his storytelling delivered with gentle Piedmont finger-picking arrangements in a style reminiscent of Townes Van Zandt. Quincy has shared the stage with Nicholas Edward Williams, Joe Crookston, Jack Williams, Quartermoon, and has performed at festivals across the state including The Florida Folk Festival, Heartwood Music Festival, and Barberville Folk Festival. He was nominated for the Songwriter Of The Year in 2021 by The Songwriters Showcase of America and will be releasing his debut album "Til Nowhere Calls" on Painted Lady Records in early 2023. Drawing on his roots and upbringing in deep West Texas, Kris Lane paints pictures with his honest story telling. Kris was a finalist in The Texas Heritage Songwriter's Competition in 2012 and won The Kerrville Folk Festival New Folk Competition in 2014.

Born in the heart of oil country in Monahans, Texas, Kris spent his formative years in the unforgiving mesquit0-speckled landscape of West Texas. After leaving his longtime home of Wink, TX, he moved north to Lubbock and soon became familiarized with the Blue Light Live, a mainstay for live music in the hub city and a venue known for cultivating songwriters. It was here that he began crafting his own songs, and did so to a receptive audience.

After a multi-year hiatus, a relocation to Gainesville, Florida, and a renewed vigor, Kris is writing once again. With immeasurable respect to those who precede him, Kris draws influence from great prolific songwriters including the likes of Walt Wilkins, Lyle Lovett, Guy Clark, Adam Carroll, Slaid Cleaves, Jason Isbell, Karen Poston, and many others.