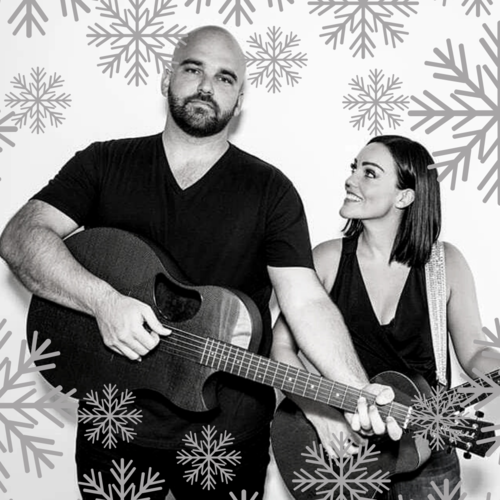 Come get in to the Christmas spirit with Nashville singer songwriters Johnny Bulford & Heidi Raye! Enjoy an evening of Christmas classics alongside their original songs and the stories behind them at Jacksonville's award winning music venue.

Johnny Bulford won a National singing competition, The Colgate Country Showdown, moved to Nashville and signed a publishing deal at Warner Chappell. He co-wrote the #1 hit singles “A Woman Like You” by Lee Brice and “Lonely Eyes” by Chris Young, as well as several album cuts including "Flashlight", "What If I Stay" and "It Must Be Christmas" by Chris Young. Bulford has been awarded as a multi platinum selling songwriter, won NSAI's "Top 10 Songs I Wish I'd Written", got an ACM Song Of The Year nomination, and more.

Heidi Raye is a staff songwriter at Hall Of Famer, Harlan Howard Songs. The Canadian born songstress has shared the stage with Kenny Chesney, Randy Travis, Jason Aldean, Reba McEntire and more. Raye co-wrote “Working On That” recorded by NBC’s “The Voice” Winner, Sundance Head, and has had 3 of her singles featured on Official Spotify Playlists like New Boots and Wild Country. Heidi and her husband, Johnny Bulford, are now releasing music as the singer-songwriter duo, Johnny and Heidi. They are full time staff songwriters, touring and recording artists, and partnered streamers live streaming music on Twitch. They can be heard/followed everywhere as @JohnnyandHeidi.