The Experience (3 Dinner 8 Chefs ALL IN ONE NIGHT)

The Experience (3 Dinner 8 Chefs ALL IN ONE NIGHT) 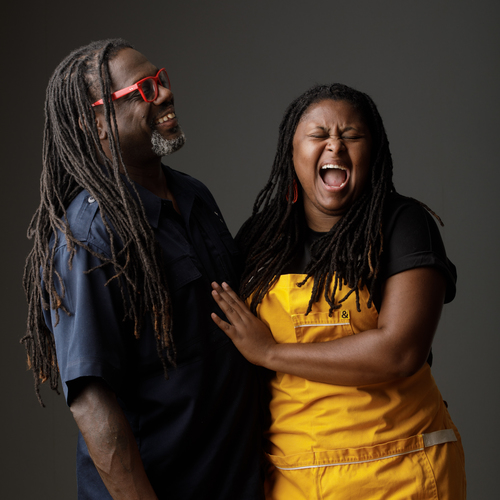 ALL IN ONE NIGHT

Choose what dinner you want to EXPERIENCE

CHEFS OF THE EVENING

Born and raised in the Philippines, while helping mom and grandma in the kitchen, Kristine already knew at age 7 that she wanted to be a Chef and entrepreneur.

In 2001, she went to St. Scholastica’s College in Manila to study Hotel and Restaurant Management. She then moved to Seattle in 2003 and went to South Seattle College for a degree in Culinary Arts, Restaurant and Food production and services.

Started her career in the kitchen with McCormick and Schmick’s catering in 2005 before moving to Florida. She secured a position as Chef de Partie at Ponte Vedra Inn and Club in 2007 for 2 years, and worked in multiple restaurants all around property. She then became the head Chef for The Spa at Ponte Vedra, running the kitchen for 3 years.

In 2008, she started her own business as Kristine’s Sweet Sins, L.L.C with her saying, “so good, it’s sinfully addicting.” She works on custom cakes, desserts, pastries, and caters food and dessert bars for Weddings and other events and believes that the best food is made with the freshest and highest quality products.

A hands-on and full time mom of 2, she shares her passion with her kids and always says you’re never too old or too good to learn something new. We learn something new everyday! She worked for her mentor, Chef Erika Davis, as Pastry Chef for Bleu Chocolat in 2019. Kristine makes desserts for various country clubs around town as well.

“Cooking is fun. Baking is fun. It is messy. It is an art. It is love. It’s not just food. It’s your heart and soul. The smile on people's faces after eating what i've made make my heart smile. I don't just bake and cook to feed people, i cook to make people happy.” - Kristine Fraser

Therese Nelson is a chef, writer, and founder of Black Culinary History, an organization she founded in 2008 as a way to preserve black heritage throughout the African culinary diaspora, to celebrate and network chefs of color, and to steward in this next era of modern black foodways.

My culinary journey began at the age of 19; I started working in my first professional kitchen in Nassau Bahamas named Rose Cakes. As I worked at Rose Cakes, it gave me the urge to go to the Bahamas Hotel Training College and entered the Apprentice program. My first apprenticeship was at Atlantis Paradise Island, which at that time was the best place to gain culinary experience as an apprentice. After my 2-year apprenticeship, I went off to attend Kendall College in Evanston Illinois.

After culinary school I had an amazing experience for 5 years in the pastry department at the Four Seasons in Exuma Bahamas. I returned home to Nassau Bahamas and joined the culinary team of Albany Bahamas. There at Albany I was a chef de partie for pastry and the hot line chef for 5 years.

In 2016 I left to venture to Tortola BVI to open Bleu Chocolat, a chocolate and pastry company. Bleu Chocolat was the first chocolate company in the British Virgin Islands. In 2017 hurricane Irma destroyed the property of Bleu Chocolat. Many people would have given up after such devastation, not me.  I took a moment to gather myself back in Nassau and continue my passion for culinary. It was an eye opener for me so I got back on my passion and became a partner of the new Bleu Chocolat Café.

The best memories that encouraged me and developed a strong love for both sweet and savory cooking was with my mom and grandmother. Cooking in my family was what brought us together for special occasions and the best Sunday dinners on the island of Nassau. The highlight of my childhood was kneading bread or picking guavas for guava duff. Which is one of my favorite desserts of the Bahamas. Growing up in the islands of the Bahamas for me was where my love for culinary was germinated. I remember helping my uncle make Sunday dinner and making his signature honey mustard glaze for his lamb chops. Also to top it all off for those amazing family meals, I had another uncle who would let us help him bake his famous marbled pound cake. The best part was licking the spoon. As I look back on all my culinary ventures it makes me happy and proud to be the Pastry chef I am today

Alchemist Jovan Sage is a food alchemist who brings her training in herbalism and wellness coaching to the plate. Her days are steeped in transforming seeds into plants and plants into warming teas, hearty medicine and delicious dishes. Her professional background includes campaigning for food justice and running gourmet markets, cafes in Brooklyn where she lived, roof-top gardened, and urban chicken-keeper.

CheFarmer Matthew Raiford wears many hats. Raiford is the resident farmer at Gilliard Farms (his family's African American Centennial Family Farm) and holds a Bachelor of Professional Studies degree in culinary arts from the Culinary Institute of America in Hyde Park, New York. He is a certified ecological horticulturist (University of California Santa Cruz Center for Agroecology & Sustainable Food Systems). Raiford was named a James Beard semifinalist: Best Chef in the Southeast, 2018.

CHOCOLAT IN EVERY BITE MENU

special red and white wines for each course

Erika Dupree Cline a lover of chocolate and food. Through her 30 years in the culinary world, Erika has worked with and under some amazing chefs. Her beginnings started in the kitchen with her grandmother and from that point she was hooked. Chef Erika went to culinary school in Michigan and worked with the first Master Chef of the USA Chef Milos from the Golden Mushroom. Erika traveled through the years and began making chocolates at the Peabody Hotel in Memphis as their Executive Pastry Chef after 8 years she moved to Ponte Vedra Inn and Club for 6 years. Erika was the first African American Pastry Chef on Bravo Top Chef Just Desserts first season. Her travels continued to the Bahamas and opened Graycliff Chocolatier chocolate factory for 4 years. Married to Chef Neil Cline in 2015 and lived in Tortola BVI where Bleu Chocolat began, because of 2 category 5 hurricanes, she is now in Jacksonville Florida with her brick and morter Bleu Chocolat Cafe. Erika's lifetime moto is "A DAY IS NEVER GOOD WITHOUT CHOCOLATE".

Come and enjoy a night to remember at Bleu Chocolat Cafe. 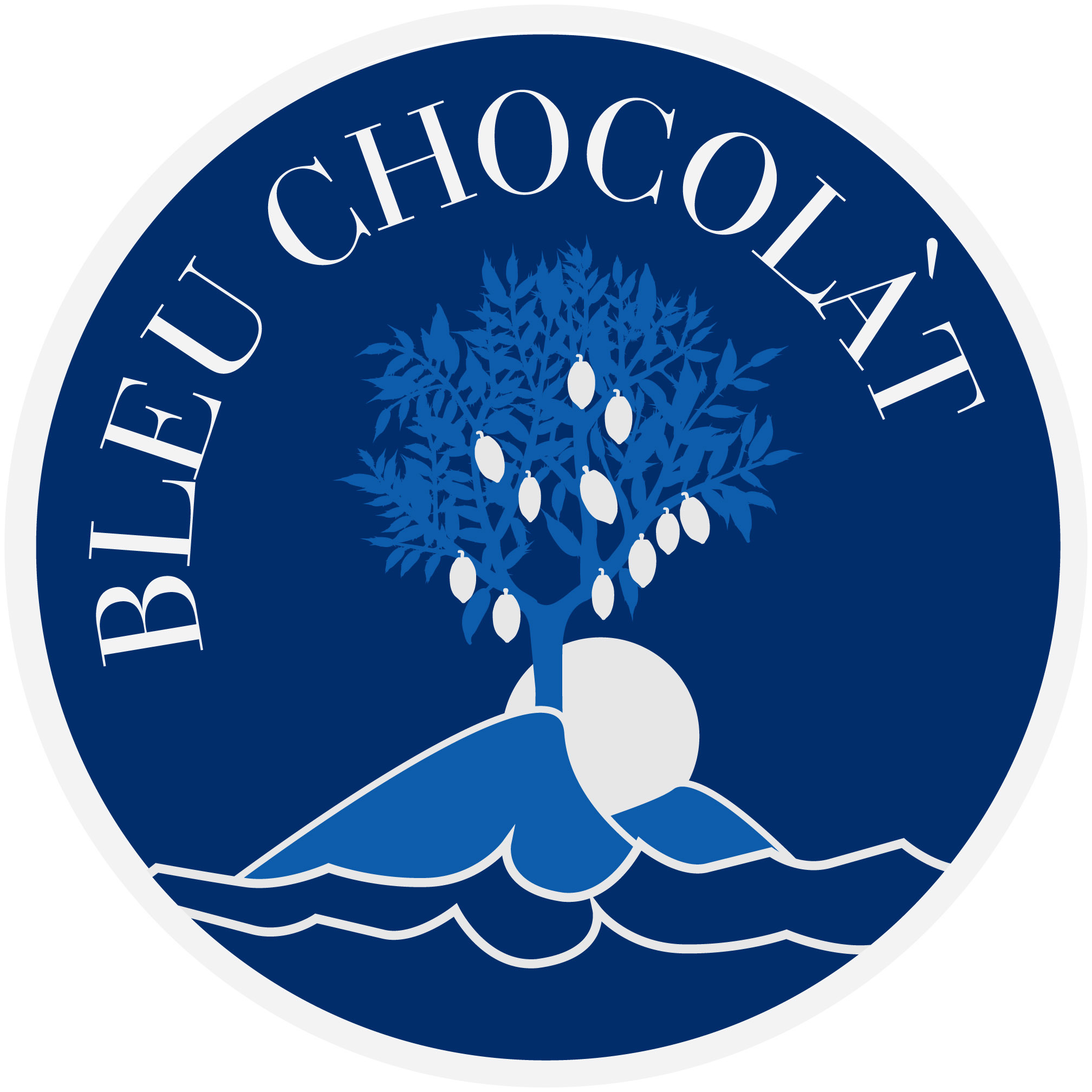