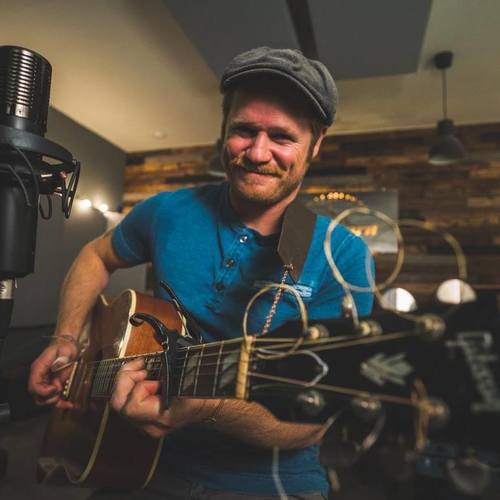 "If Doc Watson, Paul Simon and John Prine had a lineage, you would find it in the bloodstream of fingerpicking folk songwriter and storyteller Nicholas Edward Williams.”

Injected with a bohemian lifestyle during a nomadic childhood, 35 year-old troubadour Nicholas Edward Williams uncomfortably began living on the road full-time in 2012 to pursue music and focus his writing on the evolving self.

"For me, there is an unrivaled freedom in allowing life to unfold in front of you, rather than trying to grab it by the horns.”

From 2007 to 2018, Williams performed under the moniker "Whetherman," independently releasing eight albums while continuously touring the US, the UK and Europe, and opening for acclaimed acts such as Taj Mahal and The Wood Brothers.

By mid 2017, Williams hit a wall after nearly six years without a break. He canceled the next tour, and moved to Central America for seven months. This led to an evolution, dropping the "Whetherman" moniker, and setting forth under his full name starting in 2019.

With a fresh thirst for learning fingerpicking techniques, Williams schooled himself in the history of American music of folk, Piedmont blues, as well as country and folk blues from legends like Doc Watson and Mississippi John Hurt.

Williams has his own brand of satire, honesty and imagery that translates into energetic live shows, alongside rhythmic fingerpicking, soaring vocals, rolling harmonica, heart-thumping stomp box and charismatic whistling. All of which is backed with engaging descriptions between songs. With renewed energy and fervor, Williams’ debut solo album titled, ‘As I Go Ramblin' Around’ released in June of 2019.