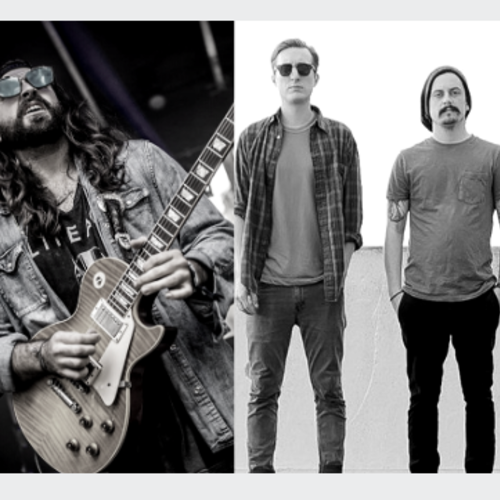 The American highway is well-trodden ground for rockers young and old, and Chuck Magid is no stranger to the long haul. Long before the Florida native began to strike out on his musical path, Chuck gained a deep familiarity with life on the road. Raised in his family’s traveling carnival business, he started out entertaining at county fairs from a young age; first learning the ropes of rides and games before graduating into the spotlight. As the frontman of jam-rock powerhouse The Groove Orient, Chuck has spent 8 or 9 months of the year on the road. It’s a hell of a way to cut your teeth on the touring circuit; performing everywhere from small town roadhouses to crowds of thousands at the South’s biggest music festivals, and sharing the stage with hard rocking soul bands like The Main Squeeze, Tauk, Voodoo Visionary, and Perpetual Groove.

But even after the stage lights darkened, Chuck has been working tirelessly behind the scenes on a set of new songs, the first of which are emerging on his new EP set to release this December.

“Gotta pay the toll to Rock and Roll” is succinctly stated in the hook of Chuck’s lead-off slow jam, fittingly titled “Rock N Roll”. The track is dripping with classic vibes, driven by chunky descending guitar chords over a smooth and swirling Leslie organ groove. As the chorus kicks in to a swampy blues-rock wail, Chuck’s backing band dials up the intensity with effortless flair while sprinkling in a few choice “na-na-na” vocal harmonies.

There’s an air of flower-power floating over Chuck’s saucy vocals as he spins timeless lyrics and all-too-true stories of a hard-grinding life on the road and struts across the stage like a real-life version of Bradley Cooper’s Jackson Maine from A Star Is Born. And his virtuosic guitar heroics are simply jaw-dropping, blasting searing licks with classic tones that would feel right at home on a Jimi Hendrix or Allman Brothers record. Seen live, it’s an undeniable combination of a powerhouse frontman with a killer backing lineup unafraid to push their sonic explorations well past the 5-minute mark.

With this ace band of young Central Florida talents behind him, Chuck Magid is ready to lead the way out on his own new path. His EP is an introduction to an old soul with ecstatic energy, ready to welcome rock and roll fans of all stripes into his highway tribe.

Fronted by left hander Josh “Shua” Harrell playing a right handed guitar flipped upside down just like blues legend Albert King. Shua’s soul-searching vocal melodies leave you numb in the crowd. Cousin Aaron “Bucky” Buckingham (formerly of The Groove Orient) splits his brain to take the roll of synth bass/keyboardist, while playing drums one handed. This combination of their instrumental approach and the chemistry of family packs a punch so heavy you have to see it to believe it.